The problem with NFP, is the comboxes.

I saw this firsthand and report it to you in goodwill.

See, somewhere on the internet there is an article about NFP and the “incomprehensible suffering” it has caused a faceless person.

What ensued, oddly, was the examination of how NFP could possibly considered “incomprehensible suffering” by anyone in this, the coddled and wealthy United States.

Discussion ensued, and a general consensus was come to as to how NFP could be considered suffering. There were some very specific scenarios mentioned and in the name of prudence and charity, I will omit them from this post.  Suffice it to say, one could have to made a short checklist, of sorts, as to what possibly maybe could be considered suffering if you practice NFP.

Still, no one could quite come to the consensus that “incomprehensible suffering” is a justified term.

Servais Pinckaers, in his book “Morality: The Catholic View,” would have us pause and take a look at our distorted view of morality. That is, a short while after the middle ages, “obedience to law encroached upon charity and the virtues” and has turned the whole thing on it’s head. The result is that now we are imposing a finite set of rules – and checklists – to our morality.  In reality, morality is a condition of the heart, inextricable from our happiness.

That’s what we are seeing here. NFP isn’t a law to be followed. To use Pinckaers phrase, it’s an act of “freedom, for excellence.” 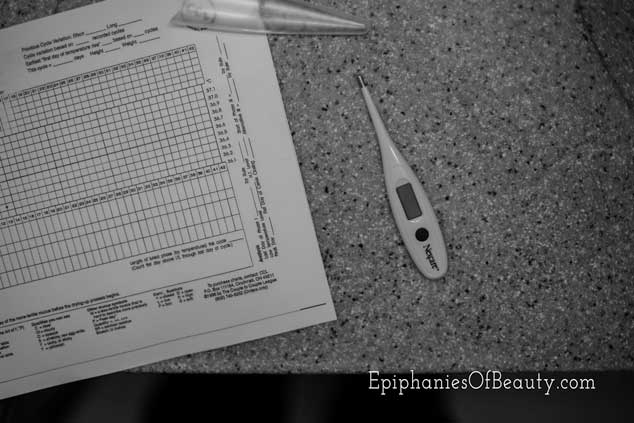 The truth is I can’t know the heart of the person who found NFP to be such a burden. Maybe they are conflating difficulty with suffering. Or freedom to act as we will with difficulty.  I just don’t know.  And I owe it to this person to approach her with charity and mercy.

Who are we to judge?

Unfortunately, that isn’t the only aspect of NFP that complete strangers deem appropriate to discuss and advise on the internet. Both hostile and “well-meaning” advice has been given on any number of aspects of natural family planning. Suffering or no? Is this really taking a toll on your marriage, or no? Are you allowed to use NFP as birth control? Is that even possible? Oh yes, my friends. We even want to discuss what being “open to life” means and then to dictate to others what “grave circumstances” are.

I watched, incredulous but helpless as someone dictated that money should never play into a decision that has to do with life. Even if that means your family is stretched to the edges. Just keep having children the community will provide for you.

Or that it was any of the commenter’s business.

Not only is not up to us to decide whether or not our fellow Catholics should or should not have more children, but in all of the examples above the dictates were merely demands placed unfairly upon the back of a fellow Christian, insisting he or she follow some unwritten “law” about NFP.  None of the demands take into consideration the heart of a very real person trying to come to terms with pursuing virtue. Or that often times this pursuit is a gradual process.

And that Jesus said his yoke was easy and his burden light.

Can the same be true of what we are exacting from our fellow pilgrims?

The way a person practices NFP isn’t our business. We don’t need to be privy to what goes on behind someone’s bedroom door. And we certainly aren’t in a position to tell them why they aren’t practicing NFP as well as they should or could. Which is to say, we aren’t our brother’s confessor.

This is hard for us, I know.  We are faithful Catholics who want to encourage our brothers and sisters on the best way forward.  We often think we know most because of our experience.  That because we are a long-term Catholic/cradle Catholic/inspired convert/on fire revert/NFP instructor we are in a position to give NFP advice over the internet; in a combox of a blog post, or in replies on a Facebook link.

But we truly aren’t a confessor. We can’t possibly know the nuances of anyone’s faith or relationships.  And even if we did, it doesn’t grant us the right to judge another man’s soul. Or that of his wife’s.

Being faithful Catholics should drive us toward charity, acted out in mercy.

Let’s pick up our brother’s cross and try to lift it. Offer to carry it, even for a short distance. Or, turn away if you must.

But for Heaven’s sake, can we put away the hammer and nails?