This post contains affiliate links, so that if you click through and order something I’ll be compensated at no additional cost to you. Thanks for supporting Epiphanies Of Beauty. 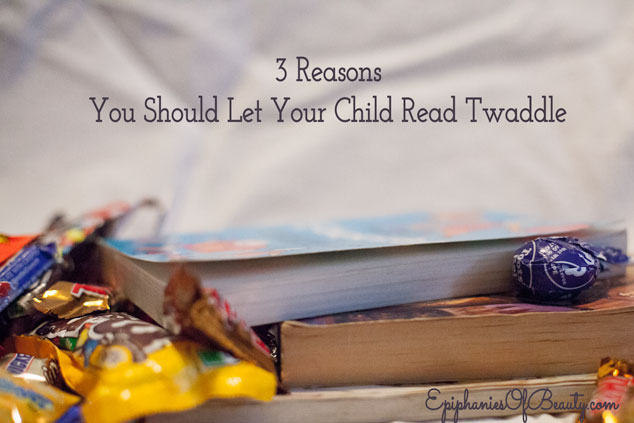 If you aren’t interested in reading literary heresy, then you should close this window now. But if you are interested in acquiring a more free and well rounded reading life for your children then read on.

If you want permission to enjoy a good book and pass that on to your children without fear or judgment. I can give that to you, too.

Mostly, people just equate the books to that other familiar definition: I’ll know it when I see it.

Which is probably true. But not always.

My son loves his nonsense book of poems. But me, I can’t stand them. Who is right?

Look, to influence your opinion I wrote an ode:

An Ode to Edward Lear

There was an old poet named Lear

Whose poems were unusually hard on the ear

Of course they all rhymed, and kept the same time

Those trite little poems of Lear

So, without further ado, add a little balance to your life.

Cooking dinner and just need a break? Offer them the Where’s Waldo book and have a go at it! If you want to be really Catholic about it, tell them to go find a saint! Or, if you aren’t Catholic, your kids can look for Jesus. Is there any point to these books other than to keep your child occupied?

Is your child a Disney Cars fan? A Disney Princess fan? Let me guess, your well meaning relative just sent you a box of books that are all Disnified. Frozen! Cars! Planes! It’s awful stuff. Poorly written, no plot, and perhaps worst of all, driven by consumerism. I know, you are desperately trying to get your children to not like Disney and that cra’ cra’ version of princess they got going on.

But look, your kids need to eat, too. And the books are drawn with bright colors because the bright colors are attractive to your children. And the children know and enjoy the characters. Also? Your children are quiet and are not needing you for maybe a whole half hour!

Isn’t your sanity worth the price of a cheap Disney book?

Of course it is.

All work and no play makes Johnny a dull boy. Also, all dinner and no treats makes Sally downbeat.

So, too, with books. A little play relaxes the mind and lets the learning seep in. A little dessert brightens up a Sunday meal. A spoonful of sugar helps the medicine go down. And, I like to let my kids consume a little candy in the form of books.

You and I both know that Percy Jackson and his cohorts are not the characters of a great literary masterpiece. But my children love those books. All the books by Riordan, in fact. The Olympic gods, the Roman gods, the Egyptian gods (and I hear rumors of Norse gods on the horizon as well). It’s all good reading in their opinion. Action! Adventure! Fun!

It’s probably one of the longest running “twaddle” series of all time!

But it’s fun. And our brains need to relax and enjoy little bit of downtime.

Reading easy, fun, adventurous, pointless books offer your child that downtime. When the book is closed, they will likely be ready to pick up a steak and chew on it. Maybe even Black Ships Before Troy. Or maybe D’Aulaire’s Greek Myths or Norse Myths.

Let your child read twaddle to test the palate

If you are reading this blog post, your children are more than likely being exposed to the good, the true, and the beautiful on a daily basis. Or close to it, right? So let them wander from the Shire, so to speak, under your watchful eye.

Watch them read Tales of a Fourth Grade Nothing and squirm as Peter is rude to his mother. They’ll see it. They’ll identify with exasperation at the younger sibling, cringe at Peter’s sauciness towards his parents, and laugh at Fudge as he tries to fly. They’ll see the truth of the experience and laugh at it. And they’ll see the blatant disregard for the fourth commandment and be appalled by it.

They’ll be acquiring the practicing of eating the meat and spitting out the bones, as they sit cozied up on that couch. 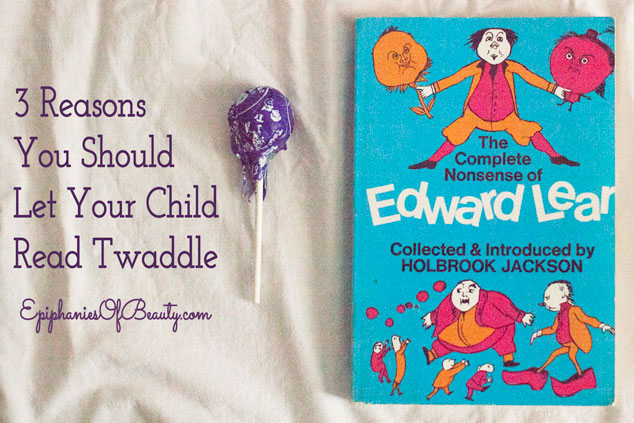 Aim for a balance

There it is again. That straight and narrow path.  That golden mean of Christianity that held the interest of St. Thomas Aquinas.  My kids don’t gorge themselves on candy. And I certainly don’t let them do it with books either.

Well, maybe I do. They’re on an audio binge of anything Riordan right now, and it is the backdrop to most play.

But we don’t own those books.  They are borrowed from the library.

We borrowed Tales of a Fourth Grade Nothing from the library, too. And the rest of that series. And the library carries most any other book that I don’t want them meditating on day and night.

Aim for balance. If you don’t already let your kids read Twaddle, let them pick a book from the library next time (psst. you don’t have to read it to them). Set your standards to what is acceptable to your values and your sanity and then let them indulge in a piece of candy that fits in within those boundaries.