In 2015, I became a contributor to Heart of Mary Women’s Fellowship and in 2016 became a part of their executive team before stepping down that same year. Below is a reflection I wrote for a Lent 2016 series. It was originally published February 10, 2016. 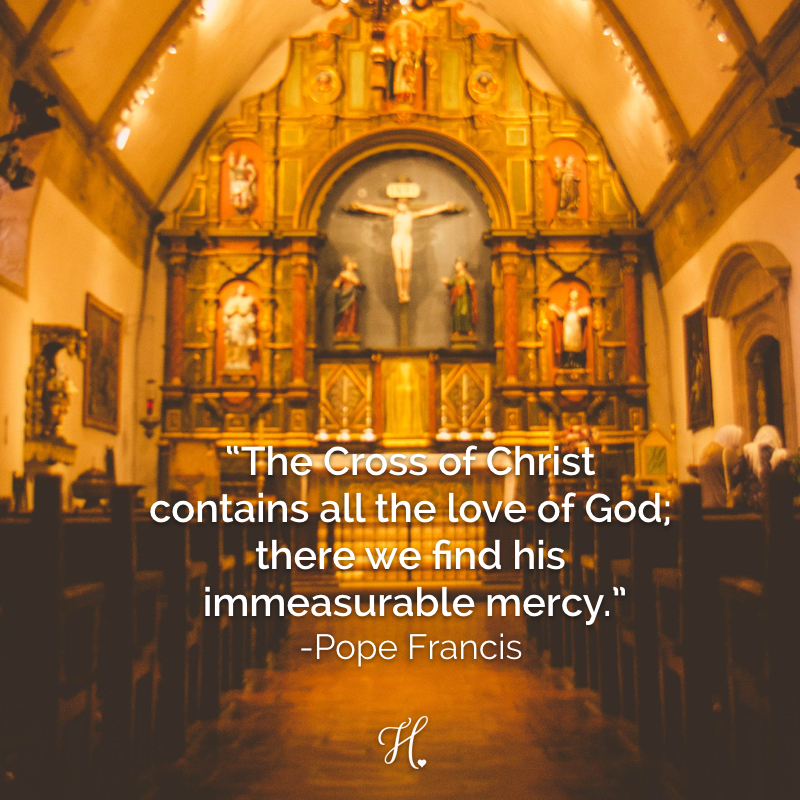 Today, Ash Wednesday, marks the start of that journey. It’s a journey which the Church encourages the faithful to make examination of their lives in a special way, that we might further our conversion journey and draw closer to Our Lord.

One of the traditional way the Church has helped her faithful in this journey is through the Stations of the Cross. It’s an ancient practice, dating back to the 4th century. Back then, of course, Christians went on pilgrimage to the Holy Land.  But now, we don’t have to journey nearly as far.  Thankfully, Catholic churches have some form of each of the stations displayed and the faithful can walk the Stations of the Cross nearly anytime and in their own neighborhood.  This is especially true during Lent, where churches often reserve Friday nights for the church community to pray the Stations together.

We at Heart of Mary, then, found ourselves wanting to take a slower, scriptural look at the Stations of the Cross. We wanted to spend the entirety of Lent pondering it’s goodness, so that we might draw ever near to him and “allow ourselves to be smitten by his love.”

Following a scriptural reflection, we’ll spend a day or so looking at a saint who, in a special way, gives witness to that particular station. We’ll meet old favorites like St. Catherine of Siena and St. Teresa of Avila; and new favorites like Mother Teresa.  But we’ll also meet some of the lesser known saints, like Blessed Fr. Titus. All of this that we might be inspired by such a great “cloud of witnesses” and press ever onward toward Christ.

Saturday’s we’ll take a break from the stations and spend some time inconsideration of a few popular Catholic hymns.

Does this sound like a lot to you? Because it’s not. We’re taking it all day by day, and to help you, we’ve put together a downloadable guide to work through right along with us. It’s perfect for private and personal study, but will also provide plenty of contemplation for small group discussions.

Join us as we contemplate the cross. For, as Pope Francis says,

“The Cross of Christ contains all the love of God; there we find his immeasurable mercy. This is a love in which we can place all our trust, in which we can believe…Let us entrust ourselves to Jesus, let us give ourselves over to him.”

« The Book of Jonah, a Bible Study
The Authors of Christ’s Passion »