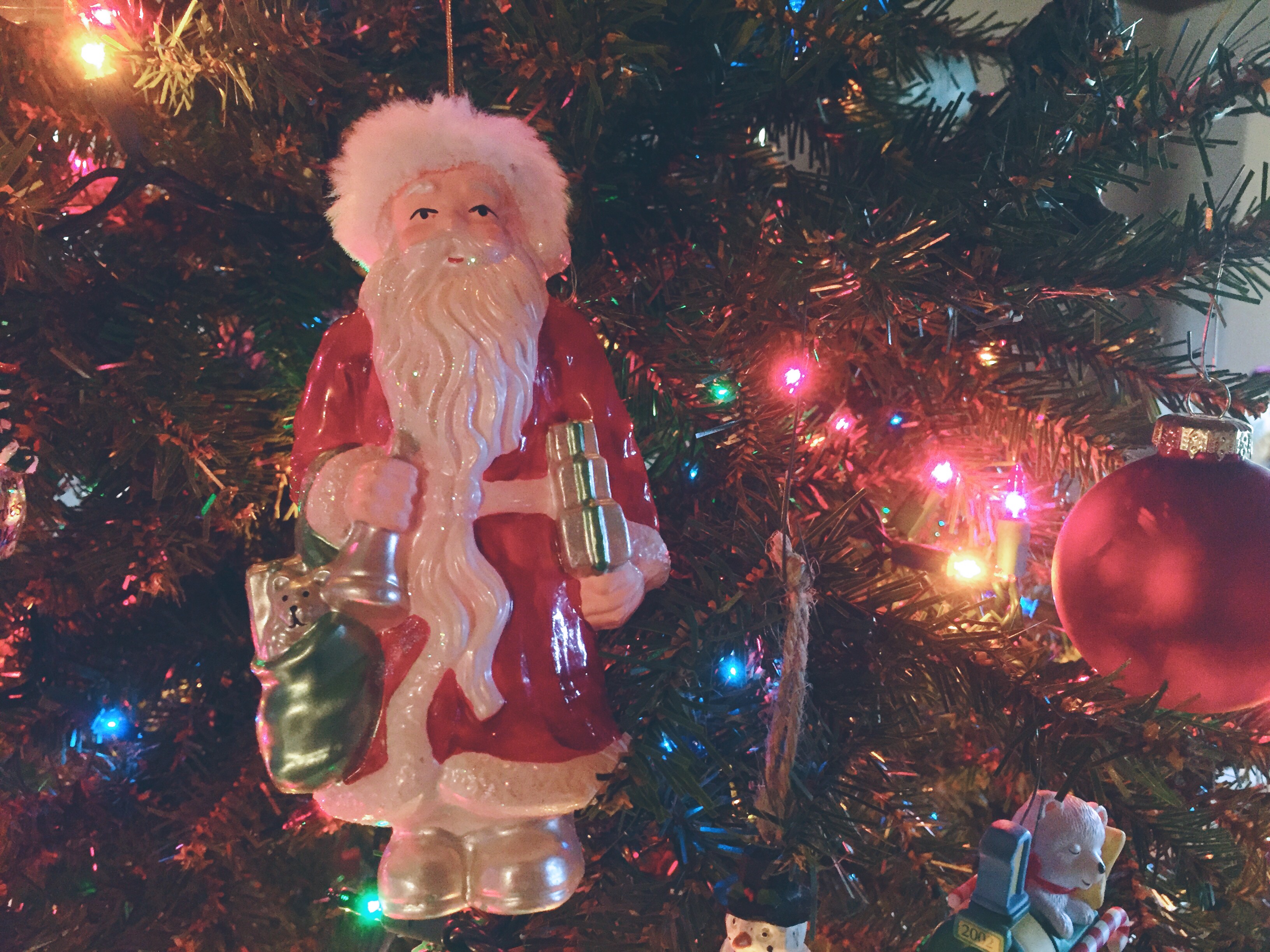 Yes, Virginia there is a Santa Claus

And in this house, we believe in him.

Well, the younger ones do.

We don’t belabor the issue of St. Nicholas vs. Santa Claus. We teach St. Nicholas, like any other saint.  Except, St. Nicholas brings a few chocolate coins on December 6.  St. Martin just gets a candle lit, ya know. Poor guy.

So. Yeah. December 5 comes along and we read The Miracle of St. Nicholas. It’s a beautiful story, and it makes me want to cry every time I read it. Also, it is not a story about St. Nicholas, per se.  But its lovely just the same. I know about – and own – Saint Nicholas: The Real Story of the Christmas Legend, but I don’t read it out loud.

Also, in the interest of full disclosure the above reading on the couch and lighting of candles is not a romantic and harmonious event. At all.  I look at the December calendar and mark down that there are some saints I want to honor this month. I have great plans to get out the Holy Cards and maybe a book or two about the saint’s life, but this rarely ever happens. Mostly, I wind up remembering much too late in the day and the kid are off playing outside and I suddenly remember to light a candle and I search through the box of Holy Cards and hope that someone has whisked the card off to a bedroom where its lying bent and forgotten under a bed.

Anyway. As soon as the candle is lit, the kids come around because…fire.

But December 6 is a different story. It’s amazing what the prospect of putting shoes out the night before and a few gold wrapped coins from Aldi’s can contribute to the prospect of a child’s memory.

And that’s it.  Again. I usually remember to read The Miracle of St. Nicholas because I find it so beautiful and will read it just to read it. But I don’t like to belabor the differences – or similarities between Santa and St. Nicholas.

So that brings me to Santa Claus.

He comes Christmas Eve. And I usually do remember to read The Night Before Christmas to my kids at some point on Christmas Eve.  And, in variably, a small child (back when I had more than one “believer”) will point out the line “I knew at once it must be St. Nick.” And I nod, yes. And they notice that St. Nicholas already came on December 6. And looks completely different on the Holy Card than this guy we recognize as Santa Claus.  But I don’t say a word about it.

Bed. A look at the Norad. Bed for real.

Morning. Santa Claus has brought one gift for the kids that there was no way mom or dad would have bought. Mom and dad usually can’t afford this big gift, but Santa. He’s so generous!

At some point the kids realize that Santa Claus isn’t real. At some point – and I notice it seems to be at 5th grade – the kids know that this Santa Character is just a myth. They usually don’t breath a word of their disbelief to me this first year. But I can see it in their eyes. I can see they are setting up some sort of evaluation. Some kind of checklist they are preparing against reality. But they aren’t sure they want to give up the belief yet.

So too with Santa Claus. Not only is he an archetype for unconditional love, but he comes year after year to prove it.  His generosity knows no bounds.  And, a complete stranger is gives gifts! It’s magic.

« October: iPhone only, Chesterton, Book Intro’s, and more…
The Book of Jonah, a Bible Study »