I’m going to start linking up to Emily Freeman’s “What I learned” posts because I like the idea of remembering the previous month. And this gives me the little kick in the pants to actually do it. Until I don’t.

I have too many hobbies and not enough time

So I sold my SLR  camera gear. All of it, including the Canon 5D Mark II I had. And you know what? It’s been fine. There have been a few times when I wished I had the “big camera” at my side to capture one or two pictures, but no instances without a big camera that caused me to hyperventilate. And there hasn’t been one time where I missed carrying around 500 lbs of camera gear. 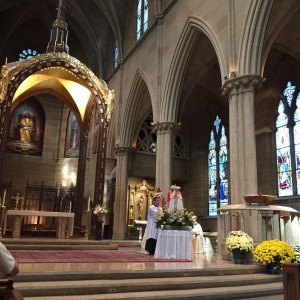 With no “big camera” I have been forced to rely on my iPhone only.  It’s not that bad. And I even took a few decent pictures inside a church.

I read Manalive! This month and I loved it. That is, as far as I could understand it.  There were quite a few lines (paragraphs/pages) that were beautifully written. And even more that were terribly witty. And I left with a general sense of what the book was about. But if you asked me to give you a summary, I think I would have to resort to giving you the plot. Which would tell you nothing of what the book is about. 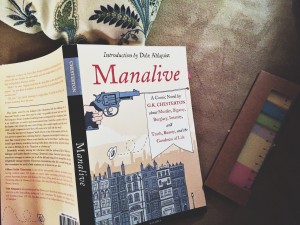 I read the edition I linked to (though I see that’s it’s crazy money and wouldn’t spend that at all!) and it had a surprisingly funny introduction written by Dale Ahlquist.

I confess. I read introductions and prologues.

Not everybody reads Introductions and Prologues in books

Please tell me you do.  I thought everyone did. But according to Dale Ahlquist, no. They don’t.

I am feeling very let down about this. So many introductions have such interesting bits and pieces within them, I am shocked anyone would even consider not reading them. Sure, there are boring ones. I just skim those.

Why has no one told me how very comfortable sectional sofas are? We were forced to replace our previous couch in August, and the replacement arrived a few weeks ago. I was nervous because it’s a sectional and who would want to sit in the corner? But…

HELLO most comfortable place to sit EVER! I love this thing! And now we have enough room for everyone in the family to sit down at one time.

I’ve been using PCs for years and years and years. I even built the last one I owned. I made the switch this month and I haven’t looked back. It’s true. They just work.

So there it is. Or rather, there they are. Seven things I’ve learned in the month of October. How was your October? Did you learn anything?