Ten year old Ada has been abused by her mother for being born with a club foot. She’s locked in the apartment, not allowed to walk, is starved, and beaten. So when the authorities send the children of London to the countryside to avoid the war, Ada sneaks out with her brother and escapes. The children land in the countryside with Susan, a widower of sorts. Can Susan learn to love again? And can the children ever learn to trust? And if they do, will they be forced back to their abusive mother in London?

It’s been said too many times, but bears repeating, that a frog put into a pot of boiling water will jump out. But boil him slowly and he’ll be dead before he knows it.

I haven’t tested the theory, but looking around, it seems to prove itself true.

Modernity is like that in many ways. Like the frog I mean. For all I know, past societies were prone to this type of behavior, too. Foundations laid time eternal are chinked away slowly. Each brick hit time and again, small bits crumbling off, until the brick disintegrates and we are left with Roe v. Wade, Obergefell v. Hodges, and are surprised to see 85% of Catholics between the ages of 18 and 29 believe homosexuality should be “accepted.”

For example, take this book, The War that Saved My Life. It’s a very good read and emotionally satisfying.  It’s a plot that’s been done before, yes, but a plot that is done well this time. 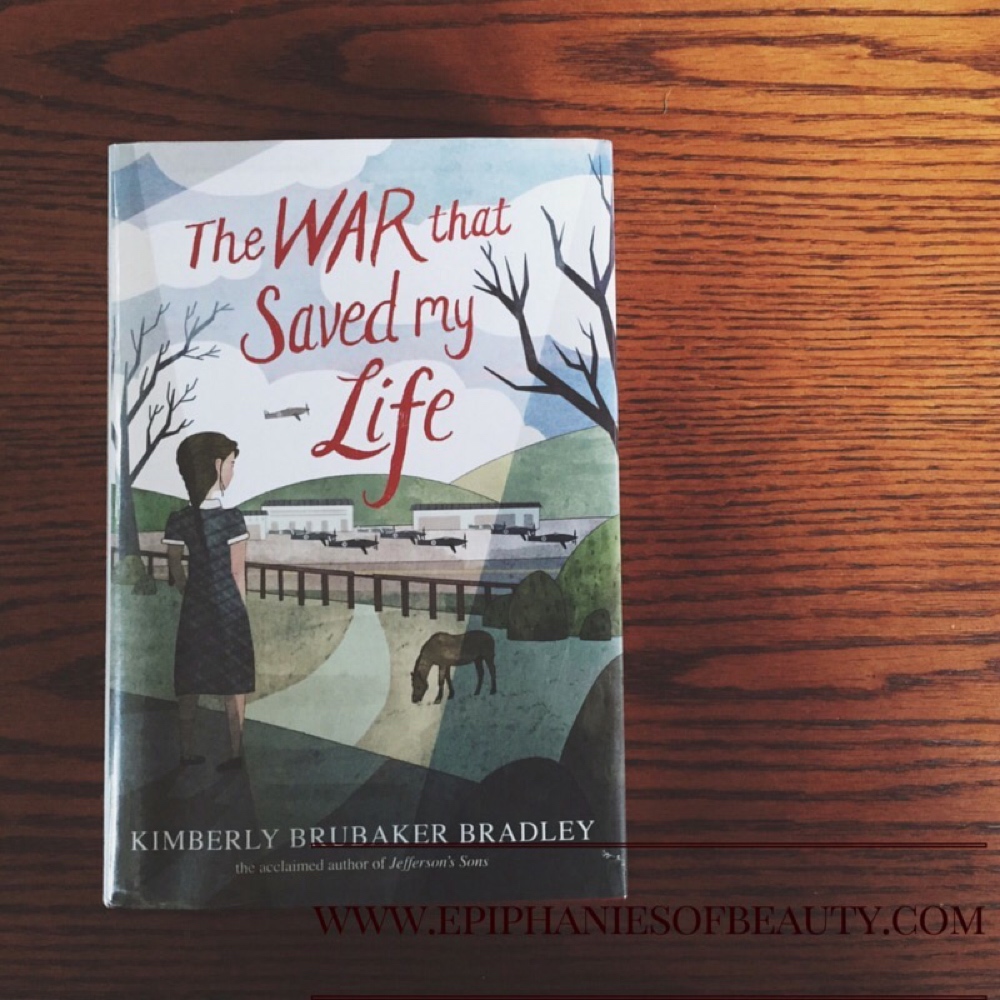 The War the Saved my Life is written in the first person and as such gives an “insider’s view” to the effects of mental and physical abuse on a child. Indeed, the obvious theme of the book is one of perseverance in time of trouble, and of overcoming any kind of difficulties.

A young girl, Ada, is born with a club foot to a mother who is embarrassed by the deformity and thus hates her daughter.

Her brother is born left handed and is abused at school by a teacher appalled by the “deformity” and thus ties his hands down to cure him of the ill.

Their chance to escape comes when, with the advent of World War II, London children are boarded on a train and taken to the countryside. Mam will reluctantly part with Jamie but has no intention of letting Ada out of the one bedroom apartment that has become Ada’s prison. Ada manages to sneak out with her brother, boards the train, and the two are reluctantly taken in by Susan Smith.

Susan Smith is presumably born gay and has been ostracized by her family, her church, her community despite the fact she is the daughter of a vicar and has graduated from Oxford.

Smith learns to love the children, and they learn to trust – and then love – her. She rightly nurtures them back from the brink of starvation. She takes Ada to a doctor to seek help for her foot; and she defends Jamie against his teacher. In return, they go out into the community and heal misunderstanding between Susan and her neighbors.  By loving her, they help her through the loss of her now deceased partner, Becky.

It is the shadow of the homosexual relationship that is left in this book. That Ada is born with a club foot and that Jamie born left handed, leads to the conclusion that Susan is born homosexual – despite mounting evidence to the contrary and the apparent dismissal that it even matters now.

If we want our children to avoid being a statistic we need to get better at shining the light into the shadows.

The War the Saved My Life is a well written book and by many accounts headed for the Newbery list in 2016. It has a nice tight plot and well developed characters.  The ending is appropriate for a middle grade novel. If I have anything to say it is the bit at the end when the children revisit their mother.  The story of the father seems thrown in and incomplete and only muddles the story. Though it does serve as a footnote to ask the question why she didn’t have birth control? Or why she didn’t seem to have any other choice?

It is right that Susan should love and take care of the children.

It is right that the children should love Susan.

And the book is everywhere. Your children are going to want to read this book. And they’ll enjoy it. And you’ll enjoy reading it, too.

The frog is in the pot, and you need to turn the heat off.

« Making Time with Flannery O’Connor
Thy Will be Done »