Every Tuesday Castle Glower rearranges itself, opening up new rooms and closing others. This Tuesday, however, the King of Sleyne has gone missing. Is the King still alive? Or is he dead? And why are the Castle’s visitors so sure the king has been murdered?

This is a great book.

I loved it, and I’m – ahem – slightly older than the intended audience of ages 8-12. Cough Cough.

But if Castle Glower likes you, there isn’t much it won’t do for you. Just ask Celie. She is a true friend of Castle and it opens rooms for her, provides her sanctuary, and gives her guidance (through the books, rope, etc. It provides for her). 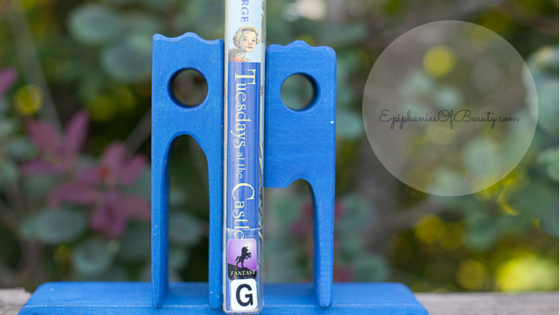 So when the King of Glower, his Queen, and his oldest son never return from the son’s graduation at Wizardry School, Celie and her other two siblings are concerned; it’s not like their parents to stay away. But when hostile guests start arriving, the three remaining Glower children know they’re in trouble. They must save Castle Glower and the Kingdom of Sleyne until the true King and Queen return. How they do it will make you chuckle.

Like any good fairy tale, Tuesday at the Castle speaks to the heart. You’ll recognize the goodness in Castle Glower and virtue in its inhabitants. But it’s not hitting you over the head with preachy squeaky clean characters. In fact, the characters are flawed. They’re thoroughly human children who bicker and despair and pick themselves up and hope again for the future.
See what I mean?

The Bad Guys, too, are well done. There isn’t any over the top obvious villain at first. In fact, the usurpers first show up bearing gifts and smiles. Evil never announces itself at the door. Who would let it in?

If you haven’t already read the book, it would make a great bedtime story. You know, the kind that beg for “just one more chapter.” You probably don’t want to just hand the book over to your middle grader, you’ll miss out on the humor and the fun and you’ll have to deal with second rate, overly detailed “and then this happened” re-tellings while you’re standing at the stove cooking dinner.

Best just to read Tuesdays at the Castle as a family. Who knows, before your through, maybe you’ll find your own castle shifted shapes! 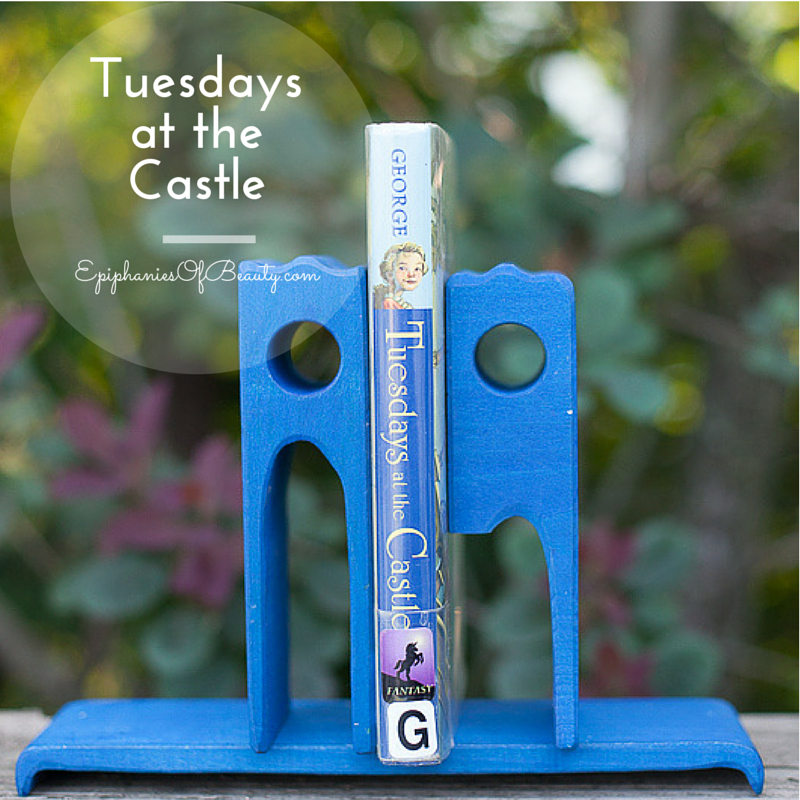 « On faith and freedom
Making Time with Flannery O’Connor »