Elizabeth has everything she ever wanted. She’s a successful chef and restaurateur in New York City, and there is love and marriage if she wants it. Well, marriage anyway. Why can’t her sister Jane see that? And why can’t her father understand that his two daughters, Lizzy & Jane, just don’t get along? And, oh yeah. How is Lizzy going to help her sister face, and defeat, cancer?

Having read Dear Mr. Knightley, and having fully enjoyed it, I thought I’d give a go at Reay’s second novel Lizzy & Jane. I’m so glad I did. Lizzy & Jane made me laugh and then cry. And I turned every single page (without looking ahead!) until the end.

I have but one quibble, and that is the father. He isn’t very believable. I understand who he was, or at least who he was supposed to be. But his mannerisms fell short, and his dialog came across as too stiff. Yes, yes he was supposed to be awkward and stiff in his relationship with his daughters. But that shouldn’t mean he is written awkwardly and stiffly. He should just be.

It doesn’t matter anyway. For all of that, and his major minor role, it wasn’t too much of an intrusions on that “getting lost in a good book feeling.”

Okay. Two quibbles. Dialog in the book – and not just where it involves Lizzy and Jane’s father – was awkward. If drawing the reader in is Reay’s strong suit, keeping the reader when the characters are talking is her weakness. Again, I was deep in the book, the sisters start arguing, you know one of them is going to get angry any minute now. And then she does! And then – total let down – she says something completely not “real life.” And all of a sudden I’m not a fly on the wall anymore, but a reader. A reader reading through the weird until it’s time to settle in again. 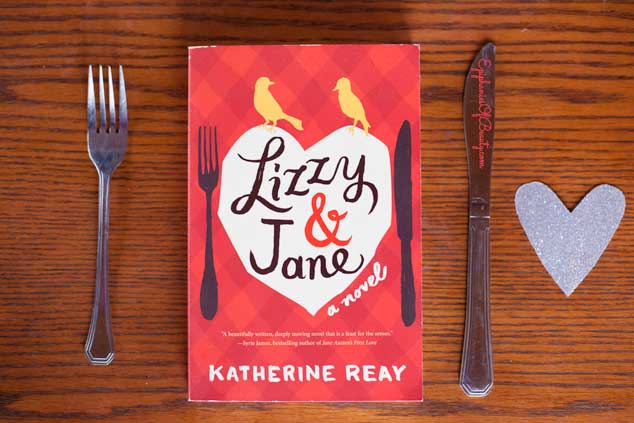 Look at me going on and on about the two bad points of the book. This is nonsense! The book is a strong one. I believed the rest of the characters. I believed Lizzy’s hurt, and Jane’s hurt, too. I saw the sisterly love within the sisterly rivalry and thought Reay captured it perfectly.

On the whole, it was another satisfying read. Chick lit for the romantically inclined, and still modest and chaste. As in her last book, Reay really shines at this. Once again, there some awkward mentions of religion where it doesn’t quite fit, but it’s easily skipped over. If you enjoyed Dear Mr. Knightley, you shouldn’t hesitate to pick up Lizzy & Jane.