A father boasts to his king that his daughter can spin straw into gold! And now the poor girl MUST turn roomfuls of straw into gold, or she will die.  How will she do it? How can she do it? A funny little man named Rumpelstiltskin has come to help her, but what is the price she must pay to save her own life?

I know. You probably think I am cheating by writing a review of classic folktale.  Of course it’s good! 1) It’s a folk tale, 2) it’s illustrated by Paul Galdone, 3) it’s Rumpelstiltskin!

And this can be the end of the review. But it’s not. Of course it’s not. I always have more to say. 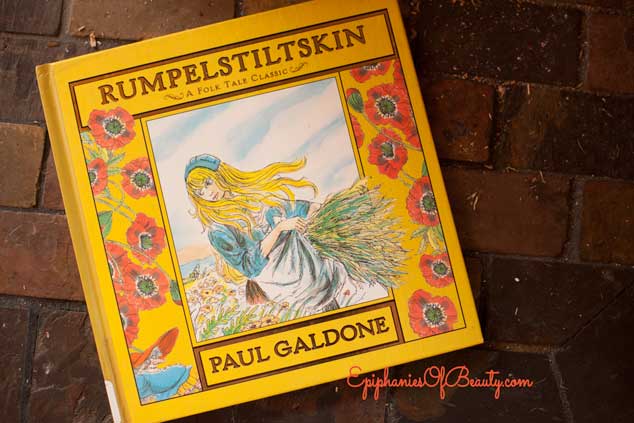 Listen, I know there are sexual undertones to many fairy tales and folk tales. I understand that Rumpelstiltskin took a necklace, a ring, and then a baby (hint hint wink wink) from the “maiden”.  But this is not reason to avoid these stories in general, or even this story in particular.

Folk tales go beyond this, of course.

Why would a father allow a king to lock up his daughter? Why didn’t the father just ‘fess up to his lie?  Why was the King so rotten and greedy? Why would a funny looking troll ask for a baby from a woman? Force her into it!

And isn’t it natural for a young woman to fight to keep her baby?

Indeed, it seems to me there is some redemption here by the daughter. She is the only one who is ultimately unable to buy a life with gold. But instead, purchases it with a name.

Ultimately, it’s this that will sit with your youngster as you sit and read the tale. 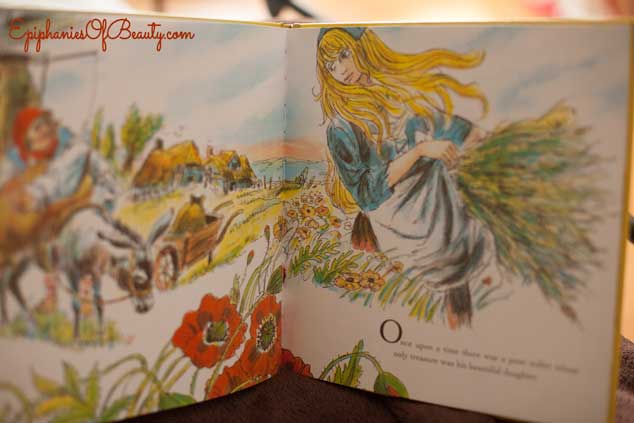 I know Galdone’s illustrations have that funky vibe to them, but they remain simple and allow the story to shine through. Like I said, we like him here. In addition, this version is part of HMH Books for Young Readers “Folk Tales Classics” series.  The books are all illustrated by Paul Galdone, have beautiful gilded lettering on the front, and are the perfect size for young kids to hold. I wish they were around about 10 years ago! I’d have the whole collection sitting on my shelf right now…