I haven’t the foggiest idea how this book ended up in the library bag. But there it was. A middle school detective novel, meant to exemplify the virtue of studiousness? Not quite. 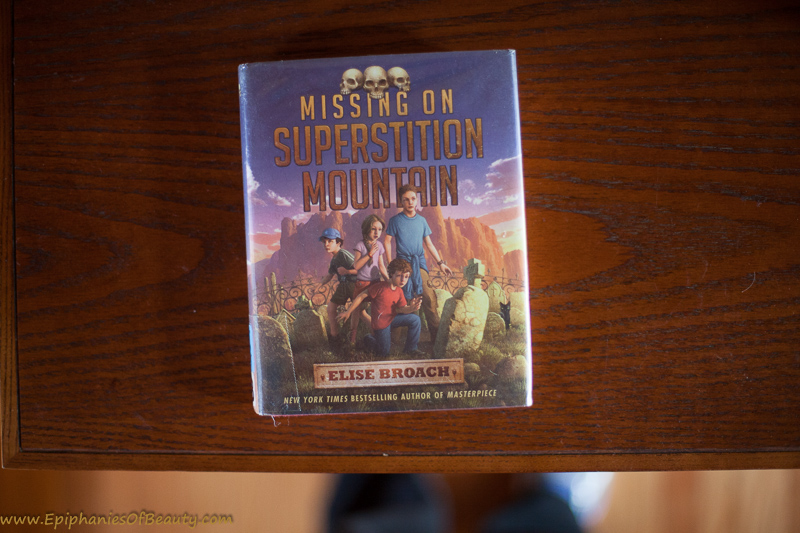 There is certainly mystery and intrigue and suspense on the mountain and, by extension, in the town of Superstition.  But I’m not sure if, in this mystery, the boys had much to do with the unearthing of clues.  Tragically, they stumbled through the story, into a canyon, out of danger, onto the mountain, upon a mystery, and then into trouble.

The three brothers and their friend, Delilah, bicycle around town. They go to the library to learn about Superstition Mountain.  In the story – based on factual incidents – people have gone missing. And the boys find three of the missing persons. At least, they find three skulls.

The four kids do a lot of exploring. But it only amounts to them stumbling into the solution. In the meantime, the prose talks down to the reader.

That’s not to say the book wasn’t entertaining. It was entertaining. I continued to read because I felt, always, that the next page was going to be good. And, truthfully, I will probably borrow the other books in the series hoping they do the same.

So, do I recommend it? Sure. For kids in upper elementary and lower middle school. It’s a good mindless weekend read.