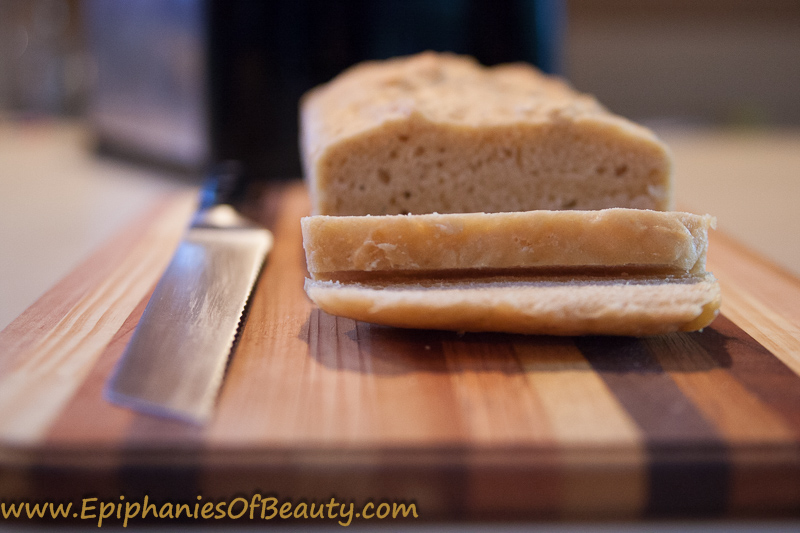 Umn. Yeah. I try to stay away from the news about the Synod as much as possible. But you’d have to live under a rock to avoid it completely.  Obviously, since I’ve read so much I’m qualified to talk about it.  Or not.

Do you bake bread? I used to bake bread a lot. Too much. In fact, sometimes I conflated baking bread with how good of a mother I was. Or, probably worse, how holy I was.

When I saw the distorted view I held of an otherwise benign task, I abandoned the practice. Lately, though, my children were clamoring for home baked bread.  Specifically, they wanted English Muffin Toasting bread.

So I made the bread.

All in all, it was a pretty uneventful event. So uneventful that I was still bored and decided to take a picture of it.

That’s how I roll.

No matter how you slice it.

Which brings me to the synod.

And I start to wonder what all this talk of gradualism is about? And why people are so worried about it?

Haven’t we, as Catholics, always embraced conversion as a process? Some are struck off their horse and blinded for three days. But for most of us, the process is slow and messy and a daily struggle. We aren’t levitating when we do the laundry.

I’ve taken comfort in the fact that God meets us where we are. That he gave us the confessional. My story isn’t Calah’s. It’s not Sr. Theresa Aletheia Noble. But it’s my story. A story of a Protestant girl disillusioned. Living in a state of mortal sin (though that isn’t what I called it, of course), coming into the Catholic Church at a parish where the priest was all too happy to look the other way.

So. Yeah. Priest’s might abuse “gradualism.” Just like they did when it wasn’t popular to call it that.

But what has that to do with you and me?

Because after that Easter Vigil in 2001, God continued to show me grace. And the sins I was mired in. And there was a confessional. And good and holy priests that showed me the way.

And – I know this will shock you – but I still sin. And I continue, however gradually, to be converted.

And that confessional waits.

The bread. It rises.