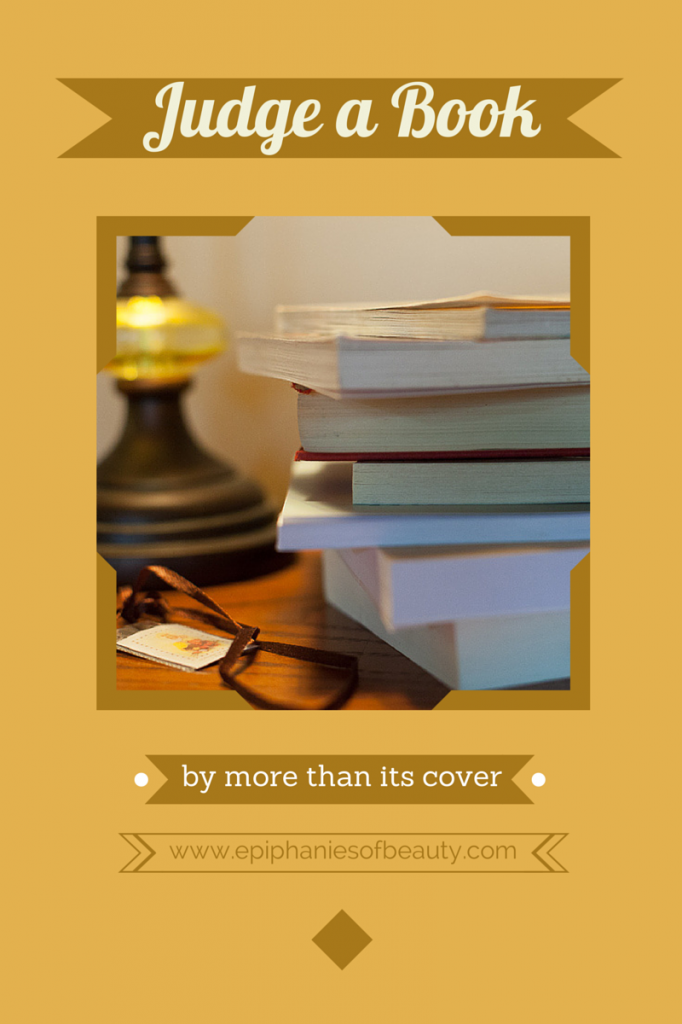 This is part of my series on Judging a Book by More than its Cover, based on Harold C. Gardiner, SJ’s piece “tenets for Readers and Reviewers.” I introduced the topic here. We then talked about using charity, and how the parts of a book do not condemn the whole. But then, what does condemn the whole of a book? Is there something that would condemn an entire book?

Psst. Just to clarify, there is no Index Librorum Prohibitorum put out by the Vatican. That list of prohibited books has not been printed since 1948, and was ended in its entirety in 1966.

You weren’t looking for a definitive answer anyway, were you? I mean, there isn’t a checklist that says if there is adultery in the book, then it’s bad. Because, where would that leave The Scarlett Letter?

We can’t say that if someone breaks the fifth commandment – if they murder – then the book is bad. If we did that, where would that leave Crime and Punishment?

Pride and Prejudice breaks the commandments. Is it “bad”?

Gosh no! These books aren’t bad at all. In fact, it’s the sin in these books that makes them worth reading.

Sin creates the conflict in the story.

No conflict, no story. And, there can’t be conflict if there aren’t values. And what are values but the way a person chooses between a good and an evil? And how is this choice between good and evil made? With the aid of one’s morals.

We need to be looking for something else then. And what we are looking for, is to see that sin is recognized as…sin.

Okay. What does that even mean? It means we should start by asking two questions.

Does the Author Recognize Sin for What it Is?

If the answer to that is yes, Gardiner argues, then the book will be a great one. Think Divine Comedy great. Why? Because when we sin, we lose our friendship with God, which then allows for our repentance and restoration to Him. And what can make a better story than that? Isn’t that why it’s the Greatest Story Ever Told?

But. ahem. There aren’t a lot of Divine Comedies out there. And we can’t require all artists to be Dante. And certainly, not all authors are Christians so we can’t look for parenthetical statements.

(Warning: here’s the part where the main character is going to break the 1st commandment. Don’t get fussy, I’m sure you’ve done it, too.)

But the thing about sin – even when someone doesn’t call it sin but “a lifestyle,” or “choice,” or “freedom,” or what have you – is that sin, by any other name, is still sin. And its effects will be the same.

Can the author see that an affair is sin? Maybe not, but does he or she recognize the havoc it has caused? The hurt it has inflicted? The confusion it has loosed?

Well then, the author has portrayed sin as, at the very least, a social folly.

As long as it is not suggested that there is no moral wrong.

Listen, I know we want to say that many of these books do just that. That they imply there is no moral wrong. But it has been my experience, regardless of the author’s claim, that the conflict of these stories is a sin. And that this sin – whatever it might have been – has set the imaginary literary world of these books, just a bit off kilter.

The conflict of the story depends on it.

Do the Characters Recognize Sin for What it is?

Again, the sense that “some wrong has been done” will necessarily permeate the story, else there won’t be any conflict.  But we don’t have to make sure the character is punished for his sin within the story. Afterall, this isn’t always the case in real life.  I mean, people, we have Hell.

The line is drawn, says Gardiner, when the character goes from moral lapse to moral lapse “without the least suspicion of evil in the action or its consequences.” Then we can condemn the book as “false in its portrayal of nature.”

Is sin portrayed, in some capacity, as being wrong?

That is the overarching question: does the sin create some kind of conflict? Is sin shown to be, in some manner and  however trivially, wrong?

Let’s put this to test.

The Scarlett Letter: Is the sin shown to cause a conflict? Yes. The immorality of the affair is certainly a problem, but so is the lack of mercy. Lots of sin causing lots of strife.

Crime and Punishment: Is the sin shown to cause a conflict? Yes!! The character deteriorates – emaciates – before us as we watch him be ravaged by the sin he has committed.

Pride and Prejudice: Does the character recognize sin for what it is? Does Lydia Bennet recognize the sin? No. But she is unreliable and we can’t trust her anyway. Mr. Bennet, Mr. Darcy, Jane, and Elizabeth are all terribly aghast at the situation. The sin most certainly sets the world of both Longbourn and Pemberly off kilter until Mr. Darcy steps in.

Up next week: more talk of sin. Geesh, I can’t seem to get away from it…