Nancy Harmon was nearly put to death in California for the crime of killing her two young children.  Off on a technicality, she travels as far away as she can get – New England – and makes a new life for herself there. Seven years later, it’s happened again. Her children have gone missing. This time, the police are determined to put her away. For good.

This is the first Mary Higgins Clark novel I’ve read. I enjoyed it. (But I didn’t peek to the end for this one!) 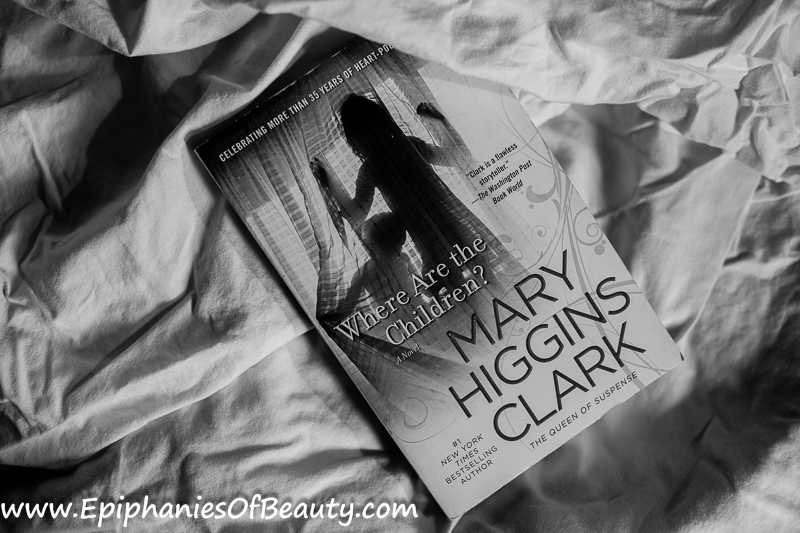 See, when I picked up this novel I knew that it was written by the “Queen of Suspense Novels.” I didn’t expect high fiction, but page turning entertainment. And so, I wasn’t disappointed.

This was Higgins Clark’s second novel and the one that launched her career.  It was edgy in the year it was published (1975), as there weren’t currently any books that dealt with p**do**lia.

But the reason I picked a Mary Higgins Clark novel to read, and subsequently review, for the RIP challenge this year is that Mary Higgins Clark is a Catholic. And in that, even with the despicable nature of the crime going on at the center of the novel, I was intrigued.  Crime is discussed vaguely – the reader knows what happened/what will happen, but isn’t subjected to seeing it take place.  Characters surrounding the main character are good people, moral people.  And occasionally, someone thanks God, or a Catholic church is mentioned.  It’s all very subtle, but creates a setting that is a) in stark contrast to the crime, and b) is desirable but remains realistic.

This is a good place to start if you’d like to see how a writer who happens to be Catholic, work at their craft.

(Note: I don’t normally complete this section when I review adult novels, but this book (and I suspect her others) are written at such a level that I can easily envision middle schoolers choosing it. FYI)