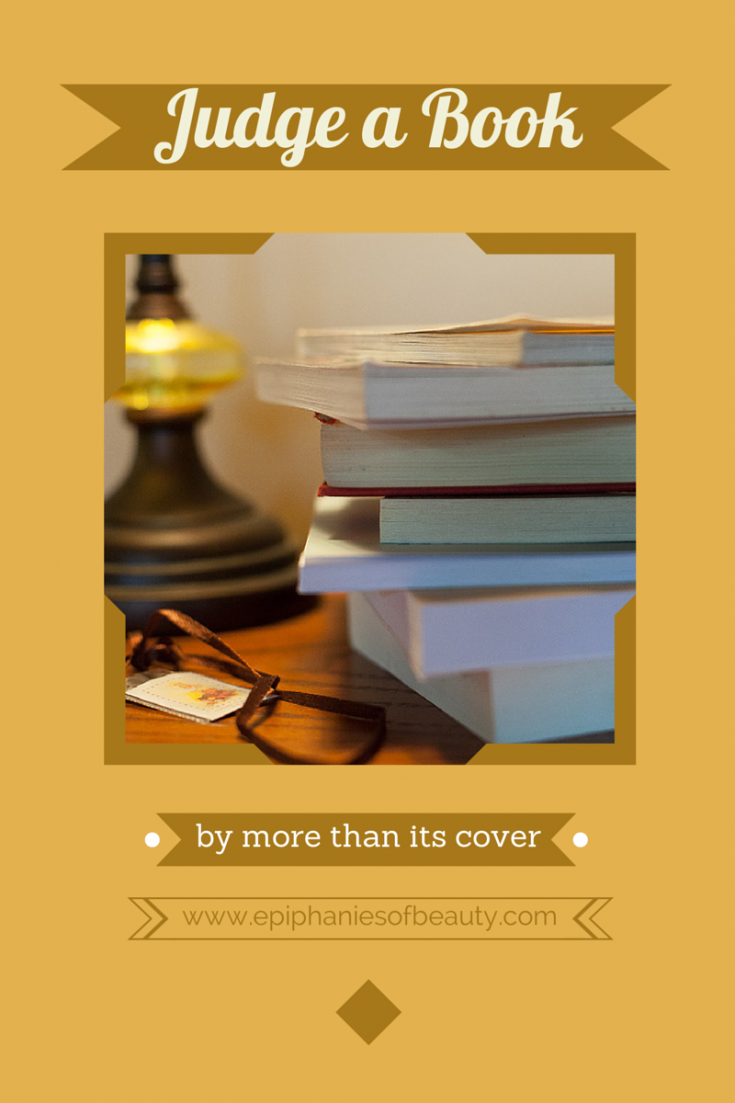 I know it’s said that one apple spoils the bunch. One potato does the same, I guess.

But I also know that literature – any work of art – is not an apple. It’s not a potato either.

One bad “part” of a novel does not spoil the whole.

You can breathe now. Seriously, take a breath and then relax.

That book your teenager read that had a weird scene in it? The one your tween read with some foul language and a kissing scene? They can still be considered good novels – that rotten apple on page 25 did not steal the show. That bad potato didn’t rot the entire book.

I know some of you don’t believe me. Others of you have friends who don’t believe me. And, well, you may not know what to think. But hear me out. Better yet, let’s look at this principle applied broadly to other works of art.

Michelangelo’s David. I know! I can’t believe I’m taking on the big kahuna, but I am!

The statue: it’s not perfect. It’s not even in the style of Michelangelo’s usual work. David’s head is too big, and so are his hands. And can you believe the guy isn’t wearing any clothes! And yet, David is a masterpiece. It’s beautiful.

Ho! Ho! I hear you. Accusing me of comparing Michelangelo to a writer who happens to be born in the 20th or 21st centuries! The audacity. Also. Books aren’t sculptures.

Okay, we can compare apples to apples, too. Have you read Kristin Lavransdatter? And when I ask that, I am asking if you have read all three books: The Wreath, The Wife, and The Cross? It’s a classic work of fiction, written by a Catholic, and is widely respected in Catholic communities. And yet, there is a scene where Kristin “romps” in the hay above a barn with Erlend. And, if you missed it (whether it was omitted in the translation you read, or it was relatively vague in the more accurate Nunnally translation), they meet several other times, as well. A baby is the eventual result of all the pre-marital interaction. Should you not read it, then?

I can’t answer that, for you.

But I would suggest that if you decided not to, you will be missing a very poignant look at humanity.

The book is very Catholic while portraying very real people. Catholic people and non-Catholic people. Are we any more perfect in this life because we are Catholic? And yet, as Christians we have hope. And that hope is present in Kristin Lavransdatter.

And that hope can be present in modern novels, too. Even if they have questionable scenes. Even when they are written by people who don’t happen to be Catholic (or even some other brand of Christianity). Are there modern books – more specifically, modern books aimed at teens – that are hopeless and about hopeless people? Of course there are. And yet, even some of those books are at least written well. Are the modern novels – even the good ones – going to be classics? Statistically speaking, it is unlikely. But does the Catechism require us to read only classic works of fiction?

Must we wait the 30 years for all the rubble to be cleared out, and then read only the works that survive?

No, we are not compelled to do so. If you want to, that is your choice. And one that most likely perfectly suits you. It needn’t be a choice that perfectly suits others.

Is a book bad if there is foul language in it?

Sometimes there is vulgar language in a book. And in my reviews I hope that I point that out so that if it offends you, you can avoid the book. But is vulgar language necessarily cause to always reject a book? What if, in the book, the language is applied to give the reader a sense of place? What if, although vulgar, it lends itself to the character? Is it as vulgar then? I’m sure (s)he’s a better writer who can describe the setting and characters without the use of any profane language, but – and see above – to what level of perfection should we hold these authors?

Is a book bad when there are bad Catholics in it?

Navigation here, too, relies on the specific instance of the book. Just because a Catholic is portrayed poorly, doesn’t necessarily mean the author intends us to emulate the character.  Let’s look at Kristin Lavransdatter again.  Her family is Catholic. Her father is a moral and upstanding citizen of the area, he is faithful to God and to the care of his people. And then there is his daughter; an ungrateful little wench who refuses the man chosen for her and winds up pregnant by the arrogant and scandalous Knight, Erlend Nikulausson. Why should a Catholic be portrayed in such a shameless and sordid fashion?

My friends. It is because people – never mind Catholics who should know better – can be shameless and sordid.

Catholics can sin. In fact, they often do.

There is one more aspect to this bad apple spoiling the bushel thought process applied to novels. That is, we must keep in mind who the book is for. That is, are the apples for eating out of the hand, or are we going to cook them down into sauce? I can tolerate more mushiness when I am cooking them down in mush.

My oldest child is capable of reading things my youngest child is not. Not just because her reading level is still miles above his. But because she is more mature, she can read more without ill affect on her morality. But she cannot – is not ready – to read and process all of the same types of things that I am able.

If you don’t care to read books with any profanity in it, that’s a decision well and good for you. If you don’t care for your child to read a book, that’s another decision well and good for you. If you know ahead of time the book has profanity in it, you should avoid the book, or have your child avoid it. But this does not – should not – reflect morally on your friend who has chosen to read the book. Or let her child read the book.  There may very well be some underlying value to the book as a whole that is worth putting up with the offending language now and again.

In the meantime, it’s helpful to remember that one apple, or one potato does not, in fact, spoil the bushel.

This is post is part of a series on how to judge a book based on Harold C. Gardiner, S.J.’s “Tenets for Readers and Reviewers.” Links to other posts in the series are can be found below.

Introduction: How to Judge a Book: 5 tips

Tenet 1 Judging a Book: Use Charity

Tenet 2: The Parts Don’t Condemn the Whole (you are here!)